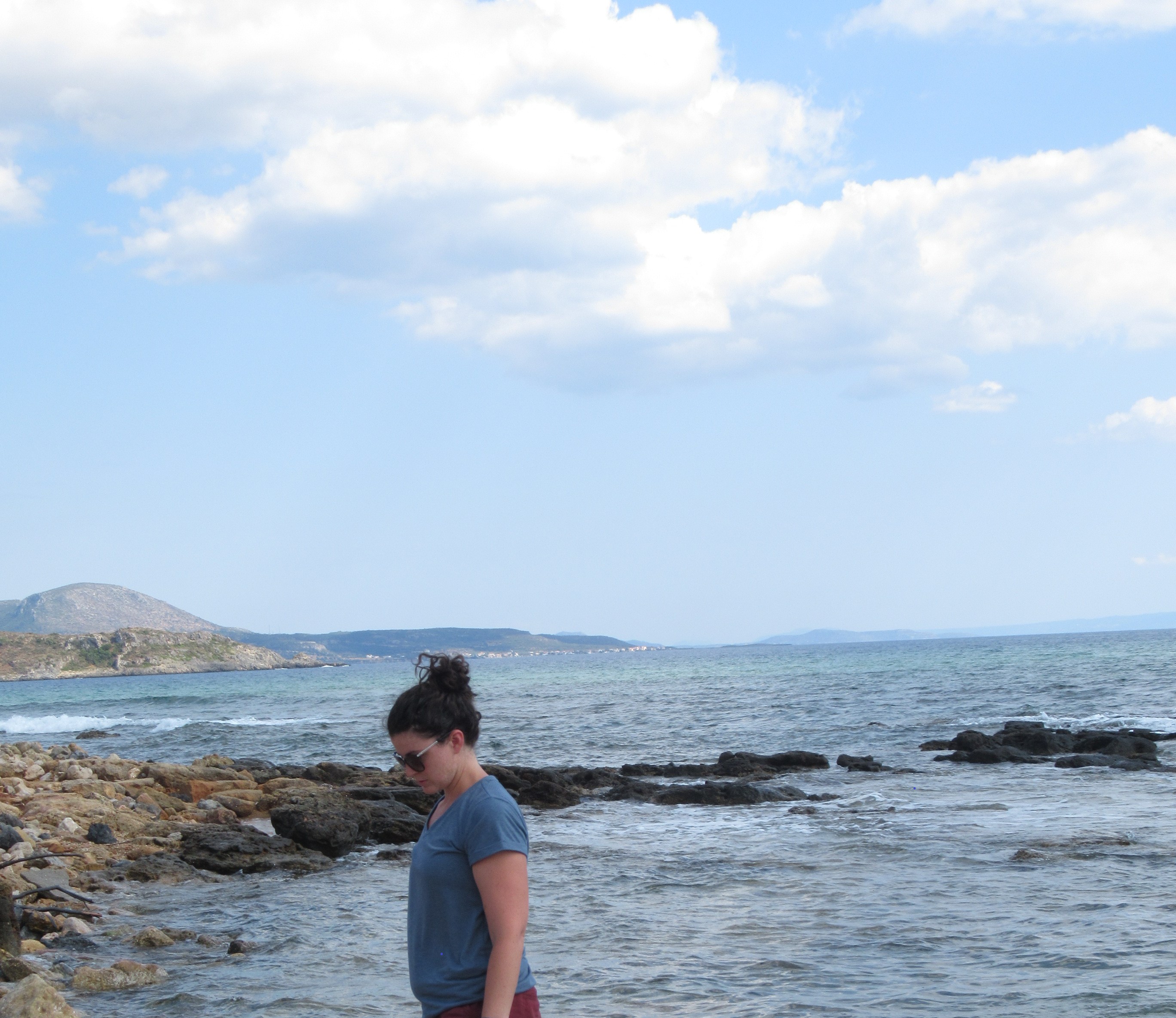 Molly Mata earned a BBA in Business Management at Angelo State University in 2009, and after working for several years in the property tax field, rediscovered her love of literature and language and completed a B.A. in classical studies and humanities at UTSA in 2014. She then earned an M.A. in comparative literature and cultural studies (with a classics concentration) at the University of New Mexico in May 2018, and joined Rutgers Classics the same year. Molly wrote her M.A. Thesis, titled “Drama as Dream: Sophoclean Tragedy and the Cult of Asclepius,” on drama as a corresponding ritual to incubation in the cult of Asclepius. Molly participated in the American School for Classical Studies summer seminar "Finding the Spartans" in 2019, and has presented at CAMWS conferences (2016-2018) and Temple University's consortium on women and healing (2019).& nbsp; her research interests lie primarily in Greek poetry and drama, ancient medicine, Greek religion, and Roman Comedy, and especially how these segments of ancient life and literary genres imagined the mind, body, and emotions. 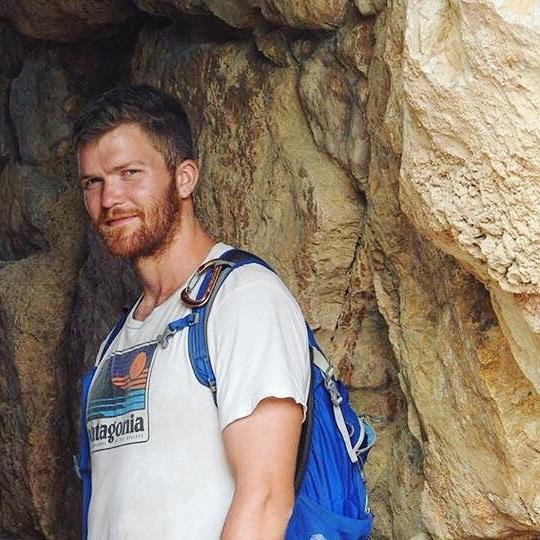 Luke Madson joined the Classics department in 2018 after receiving his B.A. in Classics and History from Knox College and his M.A. in Classics from Villanova University. He is a Regular Member (2021-2022) at the American School of Classical Studies at Athens (ASCSA) and recipient of the Thomas Day Seymour Fellowship; he will be an Associate Member at the ASCSA next academic year (2022–2023) and the recipient of the Eugene Vanderpool Advanced Fellowship. Luke has participated in the Gennadius Library Medieval Greek Summer Session at the ASCSA (2021), the Summer School at the American Academy in Rome (2019), and the ASCSA Summer Session (2016). He has excavated at the Athenian Agora and with the Eastern Boeotia Archaeological Project at ancient Eleon (2018). Luke’s dissertation is titled, “Μισῶ Λακωνίζειν: A Cultural History of Laconism in Classical Athens.” 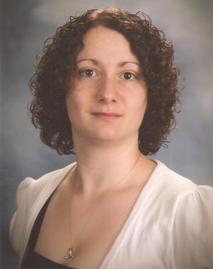 Becca McGinn completed her BA in Classical Civilization at Yale University.  Before joining Rutgers Classics in the Fall of 2017, she completed an MA in Classical Archaeology with a Specialization in Museum Theory and Practice at Florida State University.  She received both the CAMWS 2013-2014 Excavation/Field School Award and the Etruscan Foundation 2014 Fieldwork Fellowship to participate in the excavations at Cetamura del Chianti.  She has presented in Greek Fest at Columbia University and Latin Fest at the University of Pennsylvania.  She will be presenting at the CAAS Fall 2019 Meeting on memory in Vergil’s Fifth Eclogue.  Her research interests lie primarily in Roman historiography and ancient conceptions of memory, as well as the Homeric Hymns.  Becca is excited to talk to anyone about Rutgers Classics. 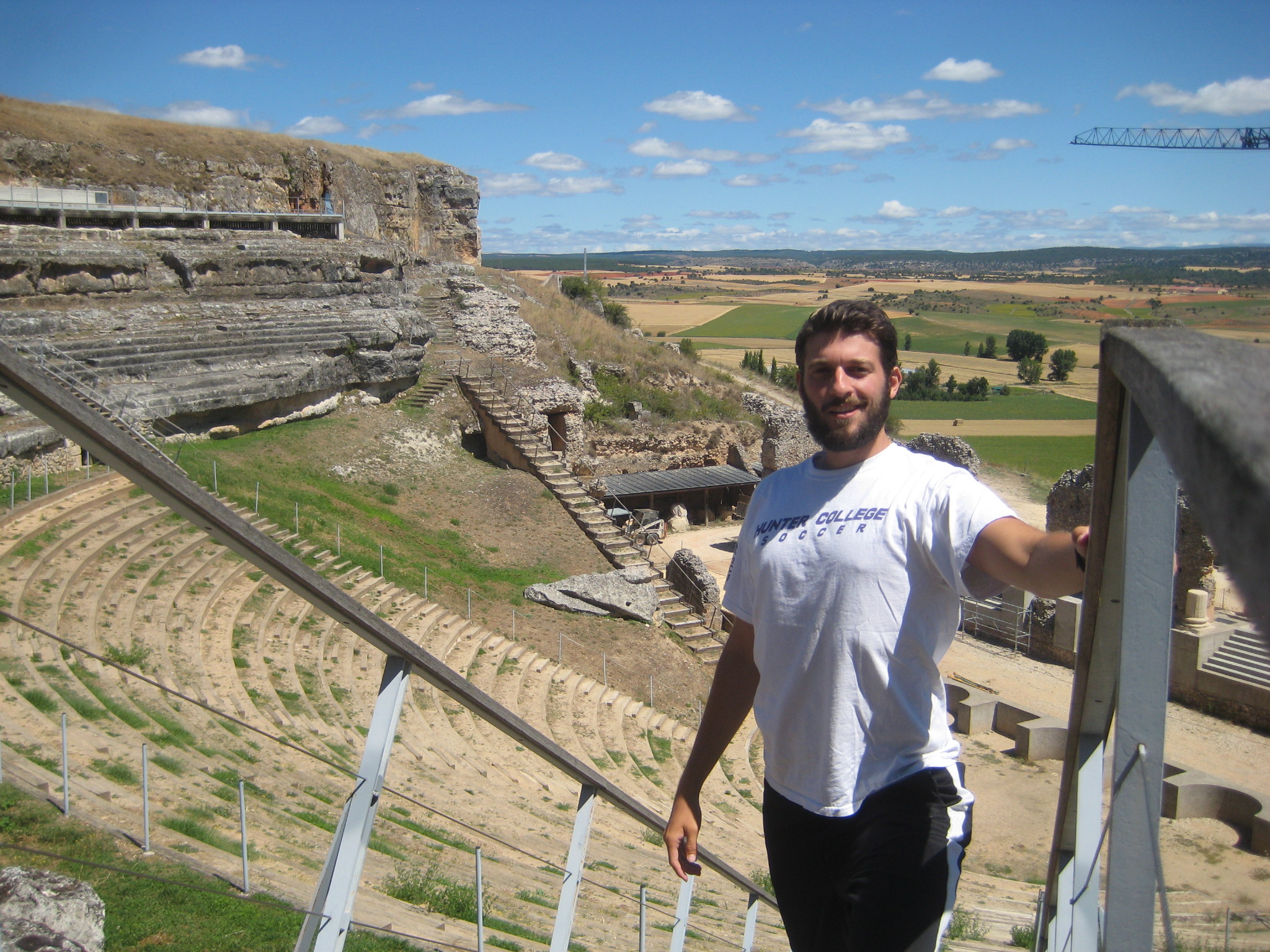 Emmanuel has presented his research at a variety of conferences both in the States, including at the SCS and CAAS, and abroad, in Oxford, St. Andrews, and Coimbra. At the annual meeting of the CAC in 2017, he received the award for best graduate paper for his work on the chorus of Menander’s Dyskolos. An avid traveler, Emmanuel spent the summer of 2016 as Bert Hodge Hill Fellow at the American School of Classical Studies at Athens. He spent the summer of 2019 visiting every Roman theater in Spain thanks to an Andrew W. Mellon Summer Study Grant. At Rutgers, Emmanuel has taught courses in Latin, Greek, and ancient athletics. He also co-organized the conference “Food and Drink in the Ancient World.”

For the academic year 2020-21, Emmanuel has been awarded a Fulbright Bulgaria-Greece Joint Research Award for his project, “Traditions of the Ancient Theater Space.” 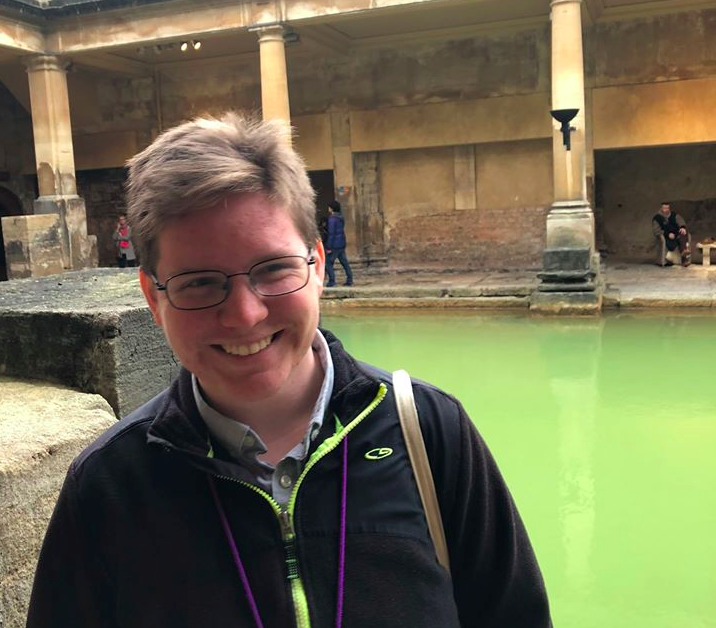 Sasha Barish began his MA in the Rutgers Classics Department in the fall of 2020 after receiving a BA in Classics and Linguistics at Harvard University. His academic interests include hist​orical sociolinguistics, Roman comedy, and spoken Latin. He has written an undergraduate thesis about Latin insults and an Eidolon article about reading Ovid’s Metamorphoses from a queer perspective, and he has given talks at conferences including CAAS.

Steven Brandwood came to Rutgers Classics in 2014 after undergraduate study at Yale and a few years of secondary school teaching in Pennsylvania and New Jersey. He has published articles and chapters on Herodotus, Aeschylus, and Catullus and was the Virginia Grace fellow at the American School of Classical Studies in Athens in 2018/19. Steve's dissertation project, Cult-Song and Religious Revival in Hellenistic Athens, considers the traditions of choral poetry associated with revived festival performance contexts in Athens, Delphi, and Delos in the late-Hellenistic period. His research interests include Greek poetry and performance, epigraphy, and religion. 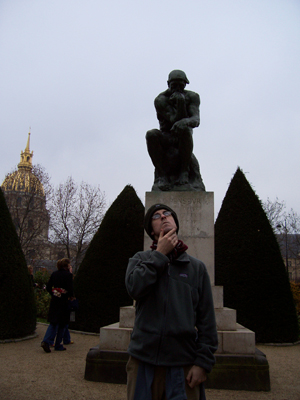 Isaiah Clough earned his BA in Classics from the University of Arizona. He returned and completed his MA in Classics in 2010. His research interests include Greek and Latin poetry, especially epic and Latin love poetry, as well as the work of Petronius. 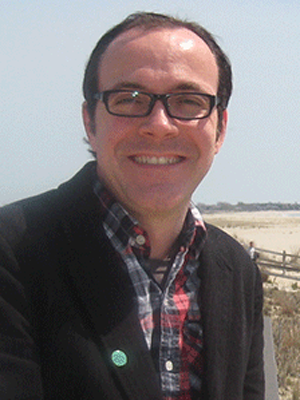 Rick Hale is a current PhD student in the department of Classics at Rutgers University. He studied Film Theory as an undergraduate, and holds a BA in Communication Arts (Radio/TV/Film Focus) from the University of Wisconsin-Madison.  In 2012, he earned a Masters Degree in Library and Information Science from Rutgers.  His current research interests include Orphism and Greek Religion, Classics in Cinema and popular culture, numismatics, and education & rhetoric in the Ancient world. 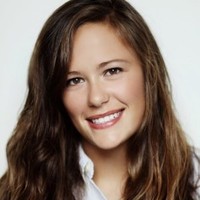 Kate Hildreth earned her B.A. in Classical Languages and Literature from Dartmouth College in 2017. After graduating, she spent four years teaching second grade in public schools in New York City.  During her time teaching, she also earned an M.A.T. from Relay Graduate School of Education. Kate joined Rutgers Classics as a Master's candidate in 2021. Her current research interests include Greek and Latin poetry, especially Greek tragedy. 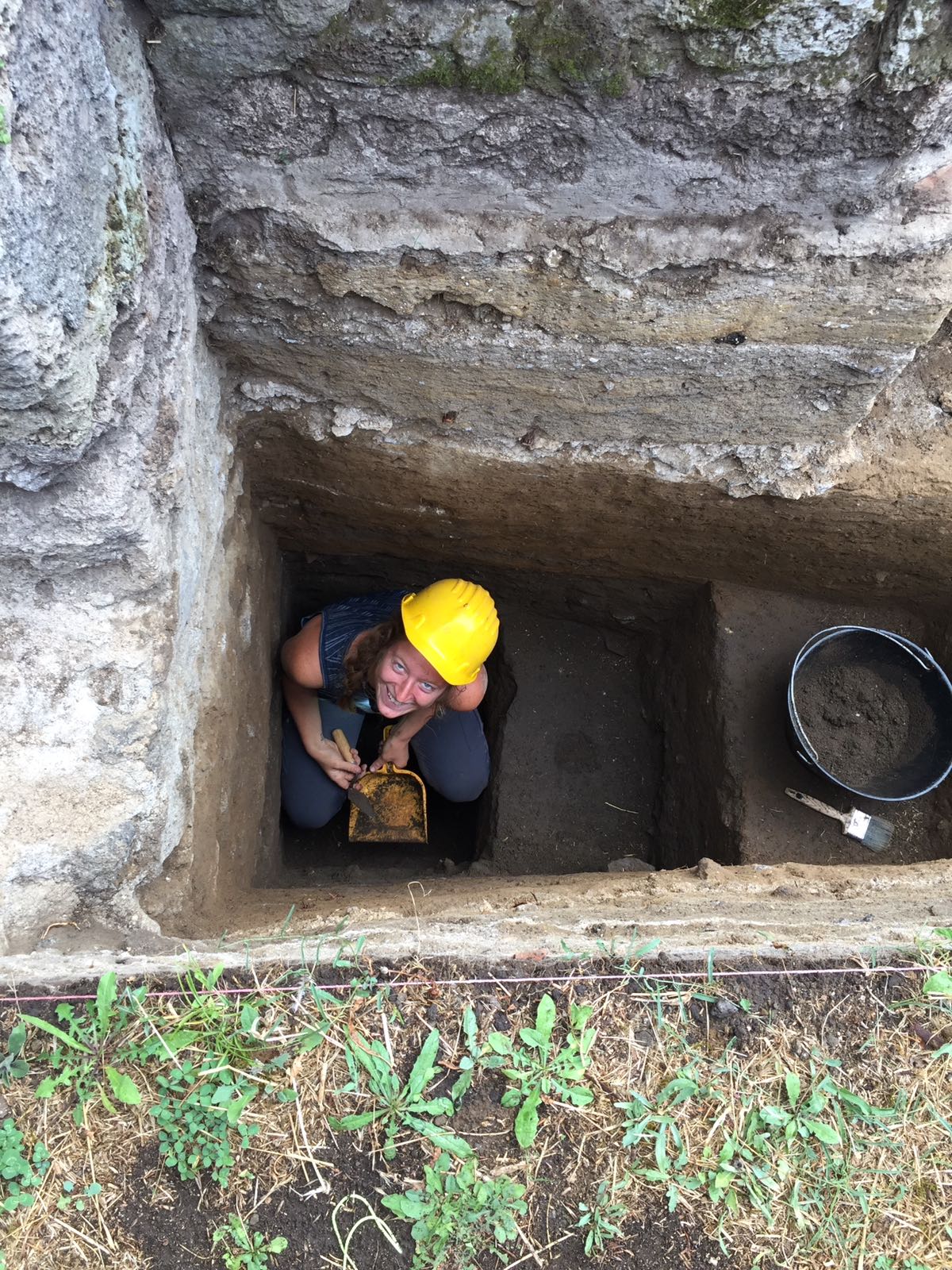 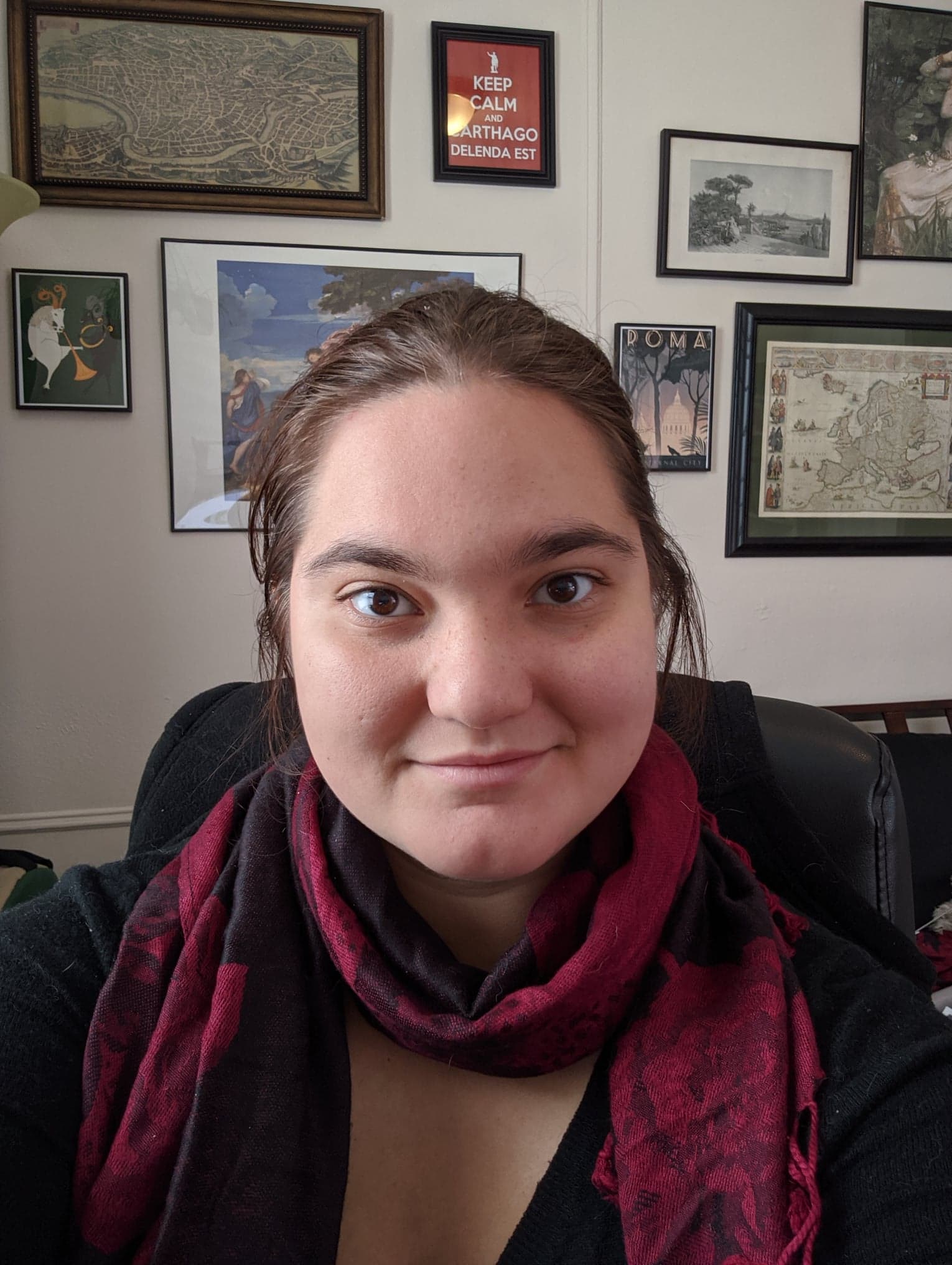 Selena Ross joined the Classics department in 2016 after completing her BA in Classics at Ohio Wesleyan University. Selena has presented at the conference "Othering and the Other. Performing Identity in the Roman Empire," (2021) as well as the annual meeting of CAAS (2017 and 2018), and she acted as a panel respondent for the Rutgers’ "Food and Drink in the Ancient World" conference (2019). She co-organized and presented at the Rutgers and Princeton co-hosted Zoom conference, "Specialized Labor in Classical Antiquity: Economy, Identity, Community" (2021). Here at Rutgers, Selena has taught elementary Latin, Roman Civilization, and Women in Antiquity. Her research interests focus on Roman social history, especially as relates to agriculture and rural craft. She is currently working on a dissertation on the lives and reputations of shepherds in Roman Italy.