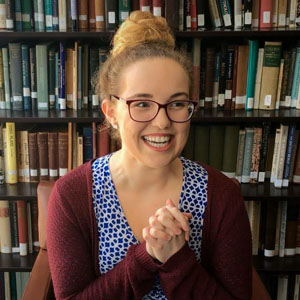 Major(s) and Minor: Classics, the Classical Humanities option; and English, with a concentration in Creative Writing. 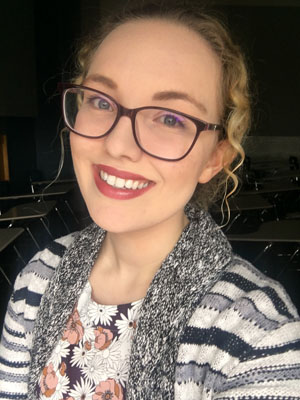 How did you decide on your major?

When I first started at Rutgers, I was an English major. Because I love plays and have a background in theatre, I was drawn to the class, “Greek Drama in Translation.” I thought I’d enjoy the course – but I had no idea just how much.

To be honest, at the time, during my first semester, I didn’t even know what “Classics” meant! It had to be explained to me, what the word entailed; but “Classics,” the study of the ancient world, was explained to me – perfectly so, by enthusiastic, wonderful classmates. And I knew I’d found something I was passionate about.

It’s hard to believe that, less than three years ago, I didn’t even know about my major. Now I can’t go more than five minutes without thinking about antiquity! 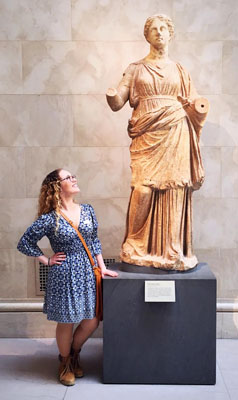 What is it about your chosen field (and the department) that appeals to you?

Oh, the Classics department is the best! People are always early for class... Professors reach out with reading recommendations... There is a high level of care and respect. And you are constantly surrounded by dedicated students and teachers.

Do you have a favorite class/professor within your major?

Professor Emily Allen-Hornblower is one of the greatest people I’ve ever met. Her radiance is palpable. I tell everyone I meet to take classes with her! She is brilliant, hands down.

What are your favorite academic experiences outside of your major?

Outside of school, I’m a musical theatre performer! I’m a trained actor and singer, obsessed (and I mean obsessed) with Stephen Sondheim. Prior to attending Rutgers, I graduated from the American Musical and Dramatic Academy (AMDA), a conservatory in New York City.

What are your other Rutgers activities?

When I’m not in class, studying ancient Greek, or singing show tunes, I’m tutoring at the Livingston Writing Center.

What are your plans following graduation?

After graduation, I plan on writing as much as I can. I want to be a novelist and playwright. Currently, I’m trying to publish my first novel. But I have six book ideas to complete, over the next decade. And yes, every book idea is inspired by Classics in some way!