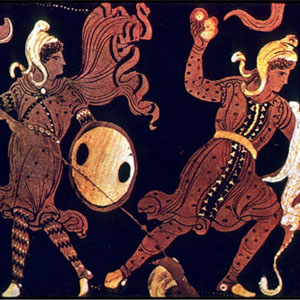 Classics is the investigation of the life and cultural expressions of the ancient Greek and Roman worlds. Today, Rutgers finds itself in the forefront of some of the most vital areas of inquiry: constructions of ethnicity, sexuality, and freedom; performance of music, drama, and poetry; democracy, tyranny, and resistance to inequality; the social dimensions of law; academic and popular philosophy; and the culture of athletics. 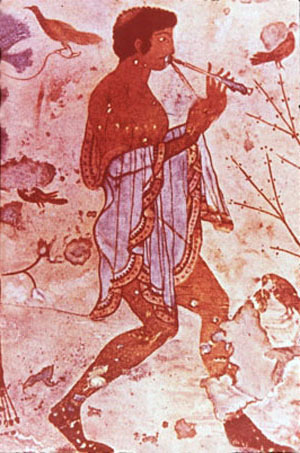 At Rutgers, the study of Greek and Latin goes back to the 1766 charter of Queen's College, the eighth oldest institution of higher education in Colonial America, which provided for the education of youth in the "learned languages." Classics was the sole course of study at Rutgers for its first century and was the only non-science major through 1924, so for most of its history, the Rutgers student body studied Classics.

In addition, we have developed an ambitious digital teaching initiative that leverages our unusually rich archive of archaeological images (some dating back to the late 1920s) and world-class collection of Republican Roman coins.

The Greek word euporia means wealth or abundance, often visualized as a harvest cornucopia. In addition to taking courses with our core faculty and those in affiliated departments, a consortium allows our graduate students to take courses at Princeton, Columbia, and other universities in the New York metropolitan area.

We hope you get a sense of euporia as you navigate our site. Thanks to our enviable geographical location, lively Classics community, and global connections, the "learned languages" in their almost two and a half centuries at Rutgers have never been in better shape.

Come see for yourself.